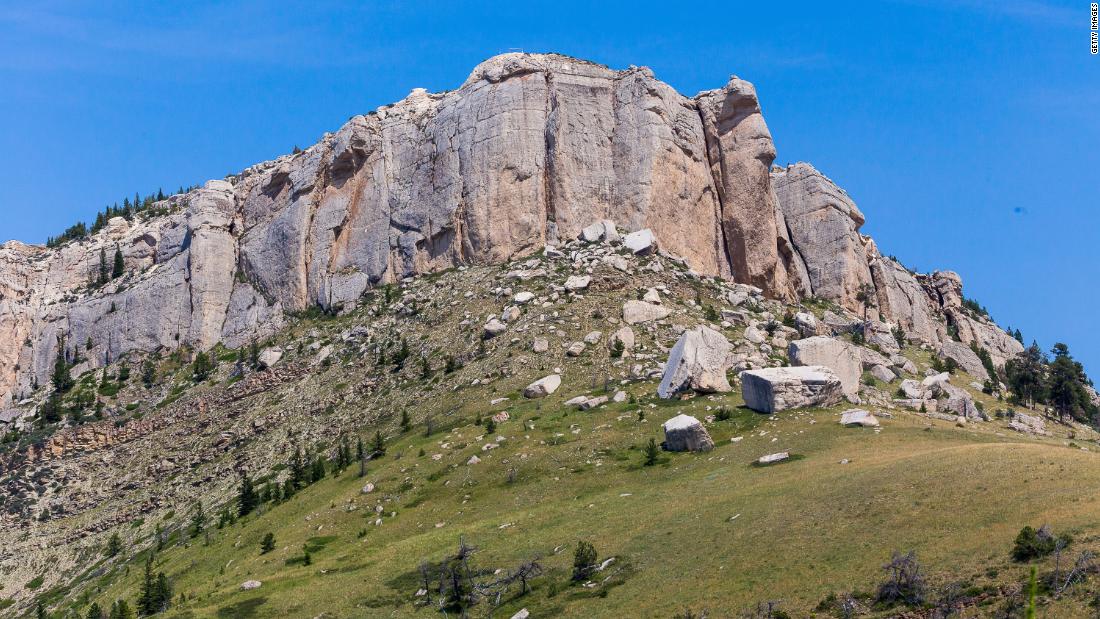 Calli Aust, 28, fell to her death from Steamboat Point, pictured here, during a sunrise hike with her husband on June 15, 2021, according to the Sheridan County Sheriff’s Office.

A woman died this week after she fell more than 200 feet from a Wyoming peak while on a sunrise hike with her husband, according to the Sheridan County Sheriff’s Office.

In a post on Facebook, the sheriff’s office said it received a report Tuesday at about 5:50 a.m. local time that a woman – identified as 28-year-old Calli Aust of Sheridan – had fallen off of Steamboat Point, a peak in the Bighorn Mountains, about 24 miles south of the Wyoming-Montana border.

At the time, Aust’s husband was unsure of where she was, the sheriff’s office said. Multiple agencies responded to assist in the rescue, with the first emergency personnel arriving to search for Aust around 6:30 a.m.

She was found dead about 45 minutes later at the base of Steamboat Point’s southwest side, according to the sheriff’s office.

The sheriff’s office said Aust and her husband had hiked to the top of Steamboat Point Tuesday to see the sunrise and had reached the top when Aust fell.

It’s unclear why she fell, the sheriff’s office said, but there are “no indications of foul play” and her death is being treated as an accident.

An investigation is being led by the sheriff’s office with help from the Wyoming Highway Patrol and Bighorn National Forest Service Law Enforcement. The Sheridan County Coroner’s Office is also conducting an investigation.