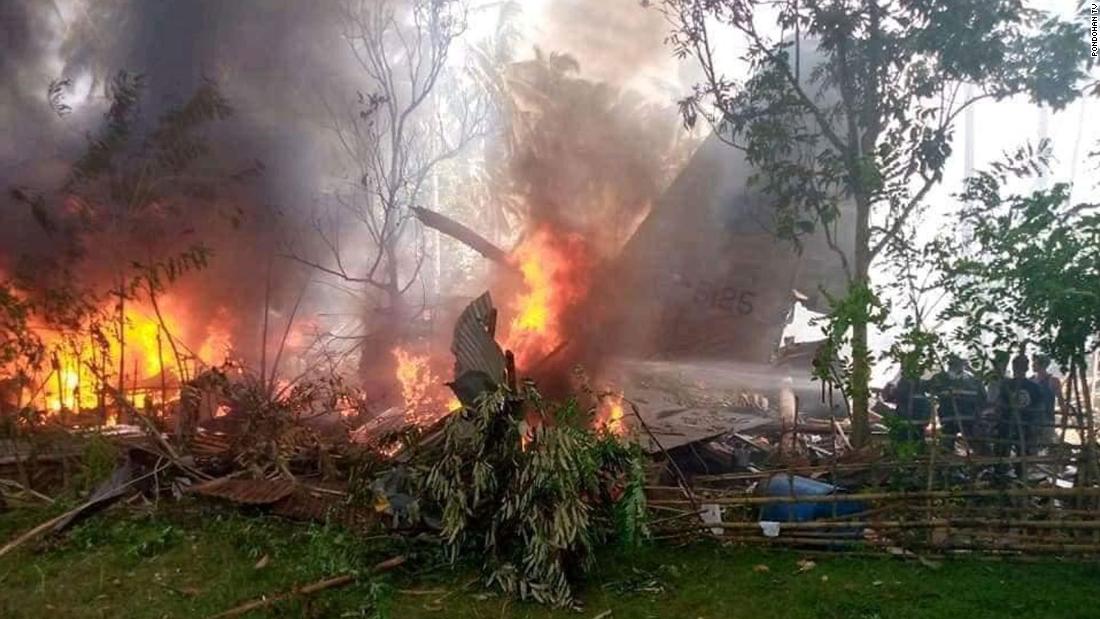 The plane crashed into nearby Patikul village, the report said. Images from a local TV station appeared to show the burning wreck of the plane and thick smoke billowing from the village.

Sobejana said at least 40 people have been rescued and are being treated at a military hospital in Jolo, CNN Philippines reported. It is unclear how many people were on board when the plane crashed.

Military and civilian firefighters have been deployed to put out the fire and rescue operations are focused on pulling survivors from the crash site, according to CNN Philippines.

This is a developing story.

Dead turtles and waves of plastic wash up on Sri Lanka’s shores. That’s a wake-up call to put conservation before shipping