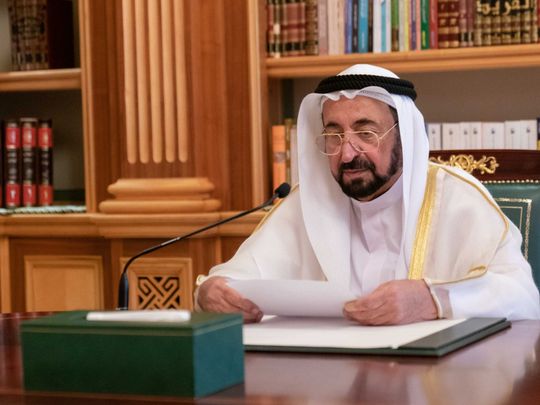 The announcement came on World Refugee Day (June 20) during a virtual award ceremony shown on the social media channels of Sharjah-based The Big Heart Foundation (TBHF), which organises SIARA.

The organisation has helped protect, educate, counsel, train and empower some 5,000 orphaned, unaccompanied, and separated refugee girls and young women in Kenya and from nearby regions.

The award is organised under the patronage and support of His Highness Dr Shaikh Sultan Bin Mohammad Al Qasimi, Member of the Supreme Council and Ruler of Sharjah, and his wife, Shaikha Jawaher Bint Mohammad Al Qasimi, Chairperson of TBHF and UNHCR Eminent Advocate for Refugee Children. The award has been held annually since 2017 in collaboration with the United Nations High Commission for Refugees (UNHCR).

The award targets local humanitarian organisations in Asia and Africa who have offered outstanding services to refugees. It also focuses on services that are able to provide access to food, health care and education.

‘Sharjah will create a just world’

In a video address during the virtual ceremony, Dr Shaikh Sultan said SIARA is part of the vision of Sharjah. He added: “Sharjah will be steadfast with building on the values of cooperation and partnership to create a world where love and justice will always prevail.”

Speaking about humanitarian establishments, Dr Shaikh Sultan said: “These organisations deserve every bit of society’s support and must be provided support. It is because these entities open the door of hope for the forcibly displaced. Based on this tenet, Sharjah is committed to supporting forcibly displaced people around the world.”

Filippo Grandi, United Nations High Commissioner for Refugees, also addressed the online event in a video message. “Today, there are more than 80 million people — refugees and internally displaced people — around the world who have been uprooted by war, violence and persecution, often living an uncertain life and requiring our protection and assistance. These events not only allow us to reflect on their struggles, their successes, but also present an opportunity to highlight the contributions of individuals and organisations that have dedicated their lives and their work helping the world’s forcibly displaced.”

Grandi thanked Shaikha Jawaher for her support, saying that under her leadership TBHF has provided life-saving assistance to refugees and host communities during times of crises, including, in 2020 alone, the COVID-19 pandemic, the blast in Lebanon, and the floods in Sudan. The foundation was among the first to respond to the devastating fire in the Rohingya refugee camps in Cox’s Bazar, Bangladesh.

Grandi said the COVID-19 pandemic and its social and economic consequences have compounded the hardship of the most vulnerable around the world, and have had particularly devastating effects on women and girls. “It is therefore apt that [SIARA] is given to RefuSHE, an organisation built on the principle that every young woman deserves opportunity.”

RefuSHE CEO Geoffrey Thige said the establishment, located in the Kenyan capital Nairobi, has built a community for refugee girls and their children, as “a place where they can come and get support in a family environment where their needs can be met”.

Some of those refugees have started new lives in the US, Canada and other Western countries, he added. Most of them have settled in Nairobi. The teens and young women have received technical skills through RefuSHE so they can provide for their families. Some of its upcoming projects include mental health services and e-schooling for refugees.

‘Refugees have a future’

“There are many refugees out there making a mark. Refugees have a future, they can make positive impact in the economy, politics and every sphere of life. I’m excited that organisations like the UNHCR and TBHF have taken this opportunity to support the work of refugees,” Thige said.

TBHF Director Mariam Al Hammadi said there was “fierce competition” for the fifth edition of SIARA between shortlisted candidates. She made a surprise announcement of a special grant of Dh1.1 million to support future refugee projects. The prize will be distributed equally among the three shortlisted organisations for SIARA, which includes RefuSHE; and Lebanon’s (Inara) International Network for Aid Relief and Assistance; as well as The Lotus Flower from Kurdistan, Iraq. The funding of the special grant is the result of a partnership between TBHF and Nama Women Advancement Establishment, also based in Sharjah, said Al Hammadi.