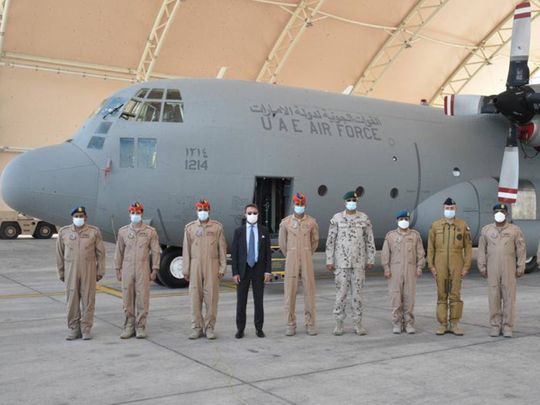 Abu Dhabi: The UAE Ministry of Defence announced the launch of its first logistics flight to support French-led counter-terrorism operations aiming at achieving security and stability in the African Sahel.

The first flight took off from Abu Dhabi in the presence of Major General Saleh Mohammed Saleh Mujren Al Amiri, Commander of Joint Operations at the Ministry of Defence, and Gravier Chanel Chanel, French Ambassador to the UAE.

Maj. Gen Al Amiri said the launch of the first logistic flight comes as part of the UAE’s contribution to supporting international community’s stabilisation operations and efforts in fighting terrorism in the Sahel.

The ministry said it had launched logistical support flights for the efforts of the international community in combating terrorism in the Sahel region aimed at achieving security and stability.

Duo jailed for three years for posing as policemen in Dubai, kidnapping