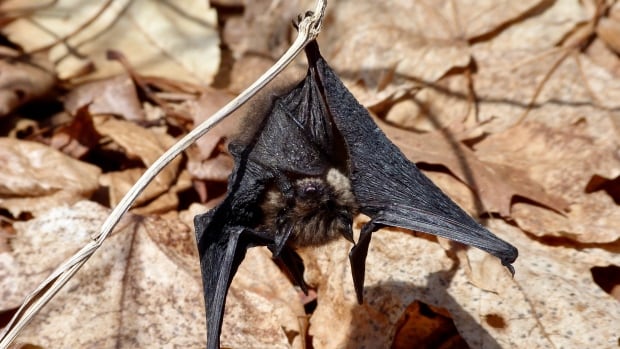 Researchers are optimistic Nova Scotia’s native bat population is recovering from a fungus that nearly wiped out the winged mammals a decade ago.

A non-profit conservation group in southwest Nova Scotia is discovering larger bat colonies that point to population growth. Bats are ecologically important animals that have seen their numbers plummet in the last decade.

Lori Phinney, a wildlife biologist with the Mersey Tobeatic Research Institute, said researchers were pleasantly surprised to find the province’s largest known colony has grown to about 600 bats.

“Our researchers have been closely monitoring these bat colonies since 2016 and each year we see what the peak number is,” she said. “I don’t know what’s going on this year, but we are definitely seeing more.”

At another site, researchers found 157 bats, up from 58 last year.

Phinney said she’s hopeful this is evidence of recovery, but acknowledges it could instead be more bats gathering at fewer sites.

“We are excited, but we don’t want to get too excited in case it’s a bunch of bats travelling from other areas choosing these sites to raise their pups,” she said.

White-nose syndrome killed more than 90 per cent of Nova Scotia’s bats between 2011 and 2013. It has killed millions across North America.

The fungus causes the mammals to wake up during hibernation, and with no bugs for them to feed on during the winter, they ultimately die.

“They are in this really sleepy, depressed state where their body temperature is lowered, and they are super vulnerable to anything attacking them,” she said. “It’s horrible because they basically starve to death trying to fight off this disease.”

There are three main species of bats in Nova Scotia that hibernate, which are the main bats the research institute is monitoring: the little brown bat, the northern myotis and the tri-coloured bat.

There are also four different species of migratory bats that spend their summers in the province.

“With the help of the public reporting bat sightings, we can hopefully figure this out over the next few years,” she said. “What we really want is where you saw the bat, the date and the time, and maybe what the bat was doing.”

Phinney says bats are fascinating and can eat 1,000 bugs an hour, which can make them extremely valuable to the agriculture industry.

“It’s definitely been called one of the worst wildlife population crashes in modern history,” she said. “Not only the numbers, but how quickly they dropped off is pretty scary.”