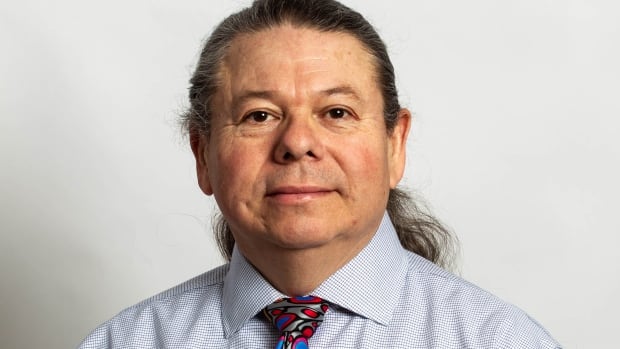 The Nova Scotia Barristers’ Society has appointed its first Indigenous president after almost 200 years in service.

Tuma Young of Eskasoni First Nation was appointed during the society’s annual meeting on Saturday.

“It is very important to show that there are diverse people that can step into these roles,” Young said. “The reason why is that this gives a positive message to others coming up.”

Young grew up on the Malagawatch reserve in Cape Breton. During the meeting Saturday, Young reflected on his past and how it has shaped him.

He talked about being abused at an Indian day school as a child, struggling with addiction as an adolescent and eventually becoming homeless.

“My mantra was that I was going to live like James Dean — live fast, die young, and make a good-looking corpse,” he said. “I nearly became a corpse several times.”

Young said he was taken in by a group of gay men and lesbian women in Halifax during that time. He said they helped him recover and find acceptance.

Now, he is considered the first openly two-spirited individual to hold the position of president of the Nova Scotia Barristers’ Society.

He said his time with the group also reawakened his desire for social activism.

“I learned that a vital part of my recovery is service, and even to this day is service — service to the fellowship, service to a group and service to my community — so my overall goal was to become a productive member of society. That’s what recovery is all about,” he said.

He has since recovered and has been sober for more than 32 years.

He was called to the bar in 2001, making him the first lawyer to speak fluent Mi’kmaw in Nova Scotia.

“He’s earned that position and that’s like so many other Indigenous people who are gaining important positions,” Tony Mandamin, a retired judge of the federal court and Young’s mentor, said at the meeting.

“They’ve earned it, following the kind of example that he’s done.”

Vision for the year ahead

He said during his time he hopes to ensure that all Nova Scotians, including Mi’kmaq, LGBTQ individuals, African Nova Scotians and others, will have “access to ethical and competent professionals offering the best legal advice and services.”

Young said he also wants to continue to implement the Missing and Murdered Indigenous Women and Girls Calls for Justice and the Truth and Reconciliation Commission’s Calls to Action.

As the first fluent Mi’kmaw speaker to be called to the bar, Young hopes to improve language barriers that Indigenous people may face in Nova Scotia.

“I look forward to the day when all law firms, governmental lawyers [and] legal aid, can offer services in Mi’kmaw. That’s when we’ll fully implement all the Calls to Action,” he said.

“When a member of the public comes to our office, they’re going to be reassured that they’re working with the lawyer who can provide the best ethical and competent legal advice. This is going to go a long way in repairing the damage done by the Indian residential schools and the Indian day schools.”

‘Being myself will do a lot of good’

“Tuma … as president of the Nova Scotia Barristers’ Society, I’m confident that you will excel in this role,” David Dingwall, the president of CBU, said directly to Young during the meeting.

“You will continue to advocate for learning that needs to take place throughout the province and our country as it relates to Indigenous issues and most of all, you will act as a role model for other Indigenous youth to follow.”

Young said he hopes he can be someone to look up to for Indigenous and LGBTQ youth — something he didn’t have growing up.

“That’s all I can do, is just be myself — as a L’nu lawyer in a very high office and an out-and-proud two-spirited person — just being myself will do a lot of good for everybody else.”