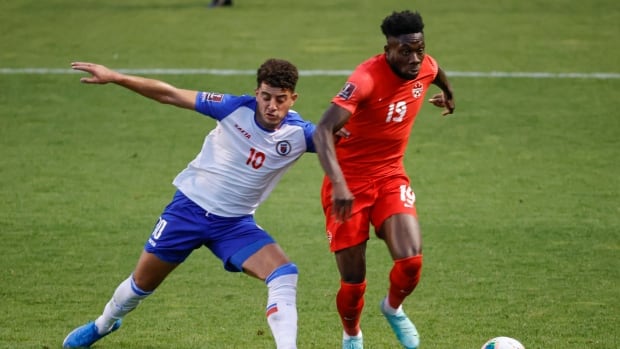 Davies, a star left back for Bayern Munich, is one of 12 players with Gold Cup experience on the team, which was unveiled by Soccer Canada on Thursday.

Just 20 years old, Davies is already a veteran of three Gold Cup campaigns. He was tied for top scorer with three goals and named the best young player at the 2017 tournament.

Akinola is one of 11 players set to make a Gold Cup debut. His inclusion on the squad comes one day after he formally changed his international affiliation to Canada from the United States.

The 20-year-old Akinola was born in Detroit but moved to Canada when he was one. He made his debut for the U.S. senior side in December, scoring in a 6-0 win over El Salvador, but was not cap-tied since the match was a friendly.

Canada will be without some key players due to injury or preparation ahead of the 2021-22 European season, including midfielder Scott Arfield, goalkeeper Milan Borjan, forward Jonathan David, and midfielder Atiba Hutchinson, a veteran of 85 caps who has served as the national team’s captain.