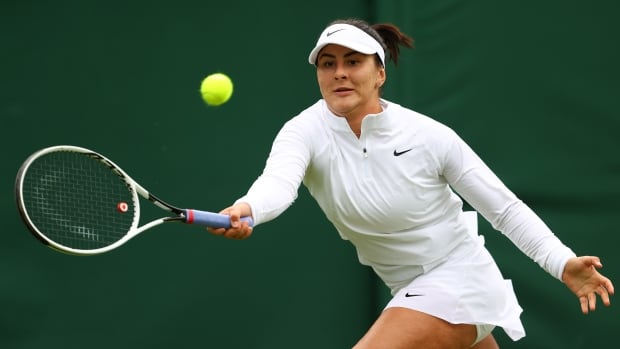 Canada’s Bianca Andreescu was upset by France’s Alize Cornet for the second time in two weeks, losing 6-2, 6-1 in the first round at Wimbledon on Wednesday.

Cornet broke the former U.S. Open champion and women’s No. 5 seed five times and sealed the victory by chasing down a shot and hitting a lob that landed just inside the baseline on match point.

WATCH | Andreescu crashes out of Wimbledon:

For the second time in two weeks, France’s Alize Cornet upset Bianca Andreescu, this time 6-2, 6-1 in the first round of Wimbledon. 6:32