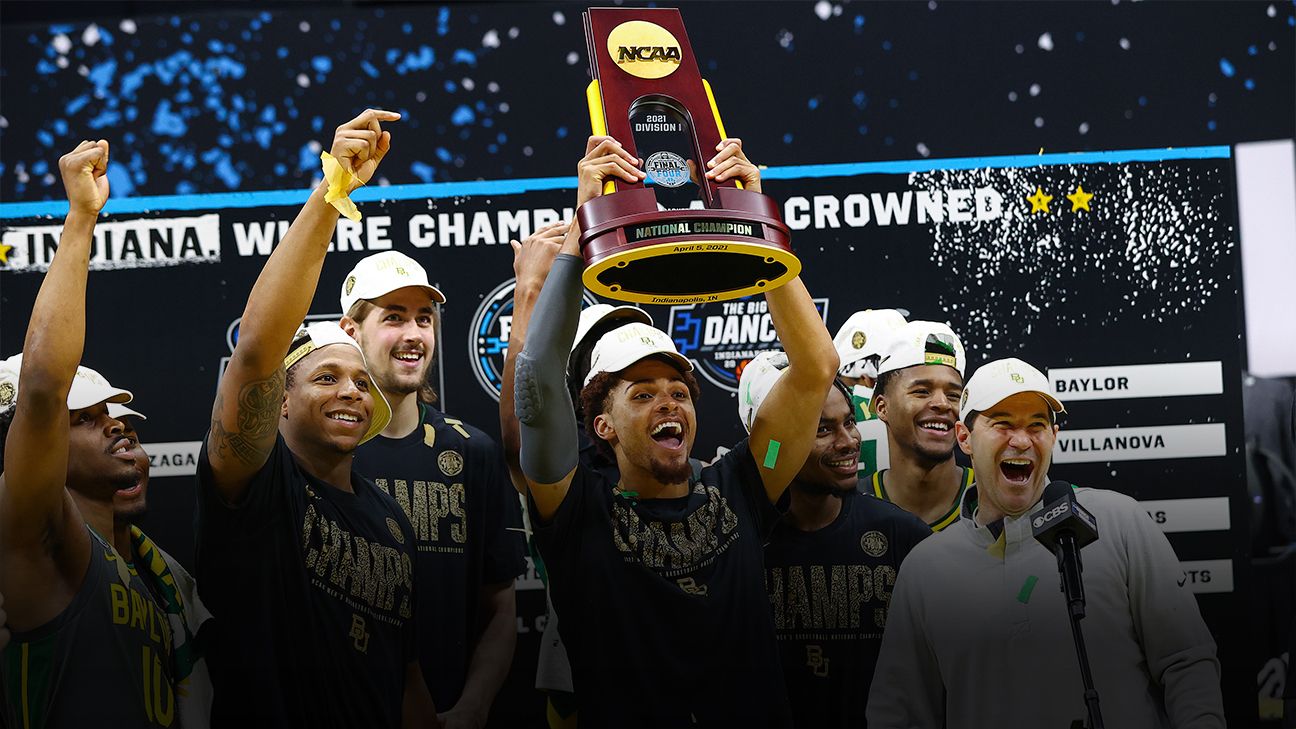 INDIANAPOLIS — Years before leading his team to its first men’s basketball national championship by pummeling Gonzaga 86-70 on Monday night at Lucas Oil Stadium, coach Scott Drew led a tour of his team’s relatively new practice facility. To unlock the doors, he put his hand on a fancy scanner.

Inside, there were large TVs above each player’s stall, which also featured video-game systems. There was a massive theater screen for film sessions and cold tubs for postgame recovery.

“Don’t say too much about that,” Drew said about the amenities. “I don’t really want too many people to know.”

At the time, the thought of another team copying the blueprint of his team’s facility worried Drew. After Baylor’s win over Gonzaga on Monday night in the national title game, however, Drew might have every team in the country searching for ways to emulate his program.

The Bears dominated — and never trailed — against an undefeated Gonzaga squad aiming to complete the first perfect season since 1976. They didn’t hit a buzzer-beater or get the win because of a few questionable calls. They kicked Gonzaga’s butt and stole the buzz. Gonzaga coach Mark Few didn’t have any answers for Jared Butler, MaCio Teague, Adam Flagler and Davion Mitchell, all of whom finished with double-digits and a variety of dazzling plays. Gonzaga hovered around a 50% clip all night, but couldn’t overcome its turnovers, Baylor’s defensive pressure and its second-chance opportunities.

The Bears made 45% of their 3-pointers. They won every individual matchup.

Baylor was just better than Gonzaga, as it completed one of the most impressive runs in recent NCAA tournament history. The Bulldogs became the fifth team since 1976 to enter the NCAA tournament with an undefeated record but failed to win the title.

The confetti, the cameras, the fans and the city itself were all ready for a historic moment. Everybody got what they had anticipated … but with another team.

A year after winning 23 games in a row and likely entering the NCAA tournament as a top seed, had the tournament not been canceled, Baylor brought back every key player who contributed to that run.

Plus, Baylor’s sluggish return from a three-week pause wasn’t encouraging.

After a poor performance against a subpar Iowa State team and losses to Kansas in the regular season and then Oklahoma State in the Big 12 tournament, it was fair to question if Baylor had lost something while it was sidelined without the ability to complete full practices.

Drew, however, told ESPN the early loss to Oklahoma State in the Big 12 tournament helped his team refocus and prepare for this run.

While the aftermath of Monday’s matchup will likely center on Gonzaga missing its shot at history and the impact on a program that seemed destined for an unblemished season, what unfolded on Monday for Baylor was equally rich.

The Bears also have an underdog story.

Drew took the job in 2003 after the program had endured a scandal involving a homicide and former coach Dave Bliss’ attempt at a coverup. In his third season, the NCAA told Drew’s team it would have to pay for Bliss’ sins by not playing any nonconference games. He turned those ashes into a program that made runs in multiple NCAA tournaments, but could never quite beat the top-tier teams that stood between it and the national championship. Until Monday.

Baylor ended the 2020-21 season as the best team in America and a champion. It earned that victory over a team that had not lost all season. One of the game’s great juggernauts.

Now, a coach who years ago worried that his coaching colleagues might gain an edge over his program if they knew about the trinkets in his locker room, has become the standard in college basketball.

Baylor is an elite program.