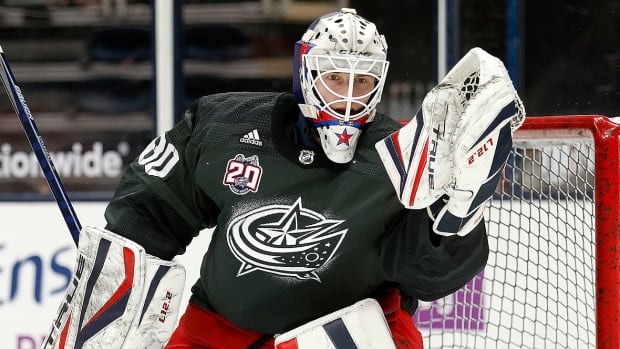 The team said in a statement Kivlenieks died from an apparent head injury in a fall after medical personnel arrived. It was not immediately clear what caused the fall or where he was at the time. Multiple messages left with team and national federation personnel were not immediately returned.

“We are shocked and saddened by the loss of Matiss Kivlenieks, and we extend our deepest sympathies to his mother, Astrida, his family and friends during this devastating time,” Blue Jackets president of hockey operations John Davidson said. “Kivi was an outstanding young man who greeted every day and everyone with a smile and the impact he had during his four years with our organization will not be forgotten.”

Bettman said, “His love for life and passion for the game will be deeply missed by all those who have been fortunate to have him as a teammate and a friend.”