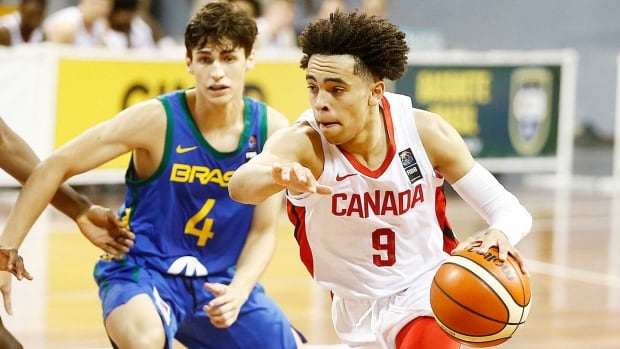 Bennedict Mathurin poured in 30 points to lead Canada to a 100-75 victory over Japan at the FIBA U19 Basketball World Cup on Sunday.

Zach Edey added 14 points, while Ryan Nembhard chipped in with 11 for the Canadians, who improved to 2-0 at the tournament they won in 2017 in Cairo.

“We made a great step today as a team,” coach Paul Weir said. “Having a short turnaround and [facing] a team that spreads the floor and shoots from all five spots presented some first-time challenges for us. We defended the three and again played better as the game went on. So I’m excited about this group and how we keep growing every day.”

Canada outrebounded Japan 61-22, including 22-11 on the offensive glass. Edey led the way with 15 rebounds, while Caleb Houstan and Nana Owusu-Anane grabbed eight apiece.

“We grinded it out,” Houstan said. “It was close in the beginning and we picked up the defence, started offensive and defensive rebounding and then we blew it open mid-third quarter.”

“I thought it was a good team win today,” Nembhard said. “We have so many weapons and every day it could be a new guy that has a big game. So far in the tournament we have started fairly slow so I think once we can eliminate those slow starts we will be in good shape.”

The Canadians led 40-33 at halftime but turned it on in the third and went into the final frame up 76-54.

Canada, which beat Lithuania 80-71 on Saturday, plays Senegal on Tuesday.