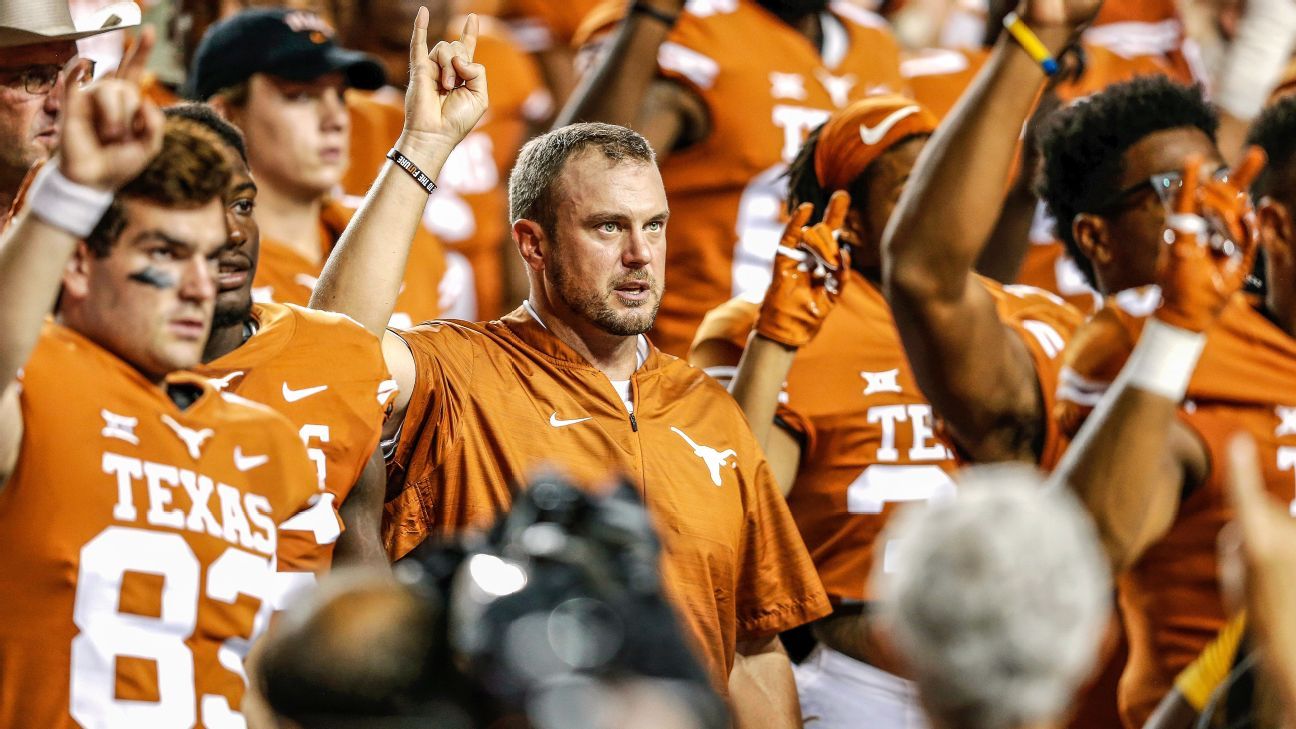 A University of Texas committee formed in November to investigate the history of “The Eyes of Texas” released a 58-page report on Tuesday which says the school song was not written with racist intent, but acknowledges its first public performance was likely by performers in blackface during a minstrel show.

The song, which was written in 1903, is traditionally played at sporting events, including before and after Longhorns football games. In recent years, as history of the song’s origins became more well-known, it has become a controversial issue for the university, dividing the community.

“These historical facts add complexity and richness to the story of a song that debuted in a racist setting, exceedingly common for the time, but, as the preponderance of research showed, had no racist intent,” the report states in its executive summary. “‘The Eyes of Texas'” should not only unite us, but hold all of us accountable to our institution’s core values.”

The report recommended that that students not be required to sing the song.

During an interview on the Longhorn Network on Tuesday morning, Texas president Jay Hartzell said he hoped the committee’s findings provide a thorough understanding of the history of the song for the first time.

“The hope is that everybody will use this report as an opportunity to come forward with the same fact base and be able to have more conversations, certainly including with our student-athletes,” Hartzell said.

Hartzell was asked if the song had racist undertones.

“For me, the song itself doesn’t,” Hartzell said. “But it certainly was present at different times where those undertones existed. You go back to thinking about its first performance in 1903 at a minstrel show. I mean, you cannot deny that that performance has the racial undertones and overtones, if you will. Hateful things. But on the other hand, if you look at the way, to me, the song was composed, written and designed. … It was not designed for that.”

Last June, many Texas athletes shared a group statement through social media calling for changes to make the campus more inclusive, including replacing “The Eyes,” in large part due to its origin, and a requirement that athletes no longer be required to sing it. Early in the football season, players refused to stay on the field for the song, before changing course in October after athletic director Chris Del Conte met with the team and said he expected them to stand together to honor the fans.

Hartzell was asked what the expectations were for athletes going forward.

“My hope is that we’ll get to a point where people feel good about staying on the field and honoring each other, whether it’s fans in the stands honoring the student-athletes, student-athletes honoring support from the fans,” Hartzell said. “But nobody’s going to be required or mandated to stay on the field. Or certainly to sing the song.”

The committee, formed in November, was chaired by Dr. Richard Reddick, Professor and Associate Dean for Equity, Community Engagement and Outreach in the College of Education at Texas, and featured 24 members, including students, alumni such as former Texas football star Quan Cosby, current and former members of the Longhorn Band, historians, administrators and professors.

Reddick, who was also appeared on the Longhorn Network, said the hardest part of the research was that there won’t be any one final resolution.

“There’s no smoking gun,” Reddick said. “There’s nothing that either vindicates or implicates ‘The Eyes of Texas.’ It is an artifact of the university. It is a part of our history, the history of The University of Texas, Texas, the South, the postbellum Jim Crow South. So all those things are in there.”

Key findings of the report include:

• Researchers said they could find no direct link between the signature line “the eyes of Texas are upon you” and anything Lee would say to his students at Washington and Lee University, where he was president after the Civil War. The panel determined there is a “very low likelihood” the line originated with Lee.

• The song borrows the melody of “I’ve Been Working on the Railroad,” a song with racist lyrics, most likely because it was already well known and easy to sing.

• Performances at campus minstrel shows with actors in blackface, which continued into the 1960s, are a “painful reality,” but the song not appear to have been composed as a minstrel tune.

• The panel’s 40 recommendations include teaching the song’s history at student orientation events, and allowing new alternative versions composed or performed by Black musicians.

Information from The Associated Press was used in this report.