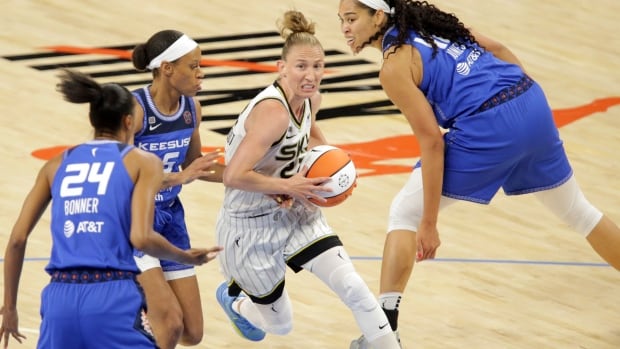 Courtney Vandersloot had 18 points and 11 assists, Diamond DeShields added 14 points, and the Chicago Sky beat the Connecticut Sun 91-81 on Saturday for their fifth straight win.

Allie Quigley and Ruthy Hebard each added 13 points for the Sky (7-7), who led 67-64 after three quarters and pulled away in the final three minutes, sparked by a corner 3-pointer from DeShields that broke open a two-point game.

Candace Parker and Vandersloot followed with baskets as the Sky pulled away.

Brionna Jones had a career-high 22 points on 10-for-16 shooting to go with eight rebounds to lead the Sun (8-5), who committed 18 turnovers in losing their third straight game.

Vivek Jaocb sits down with CEBL commentator Sean Woodley to discuss the upcoming CEBL season, which kicks off on Thursday, June 24th. 6:44