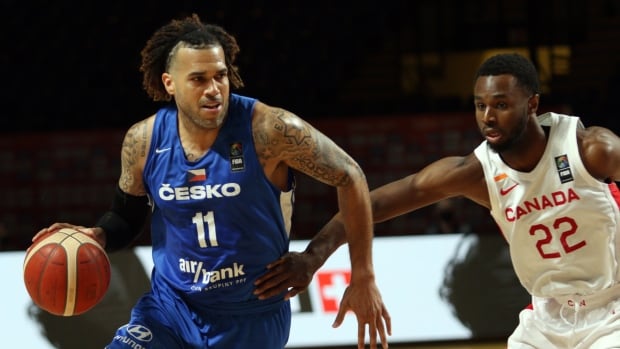 The Canadian men’s basketball team’s Olympic dream has come to an end at the hands of the Czech Republic.

Size and experience was the key to success for the Czechs, a team that out-muscled the Canadians to win Saturday’s elimination game, 103-101 in overtime.

The loss is a heartbreaking blow to a Canadian men’s basketball program that had high hopes this team and this moment would set the program onto a different path.

Having not played since Wednesday, it took the Canadian team the majority of the first quarter to find their rhythm. The Czechs opened up a 15-6 lead less than four minutes into the game, forcing head coach Nick Nurse to take a timeout to regroup.

Canada immediately went on an 8-0 run to get back within one point, forcing the Czechs to take a timeout.

By the time the buzzer sounded to finish the first quarter, the Czech Republic found themselves leading Canada by just two points, 29-27.

The two teams traded buckets for most of the second quarter before the Czechs knocked down back-to-back threes late with 3:44 left before halftime.

But the size and experience of the Czechs proved to be too much early in the game — the Czech Republic took a 52-44 lead into halftime.

The Czech Republic built up a 13-point lead in the third quarter, but Canada refused to quit. Down nine with 44 seconds to go, Canada fought back to force OT.

In a wild finish, it was the Czechs who ultimately kept their Olympic dream alive — going up by two in the dying seconds while Canada’s last-ditch effort heartbreakingly circled the rim before bouncing out.

The Czechs now await the winner of the second semifinal between Greece and Turkey. The championship game goes Sunday night at 7 p.m. ET on CBC TV.

Only the winner gets the ticket to the Tokyo Olympics.