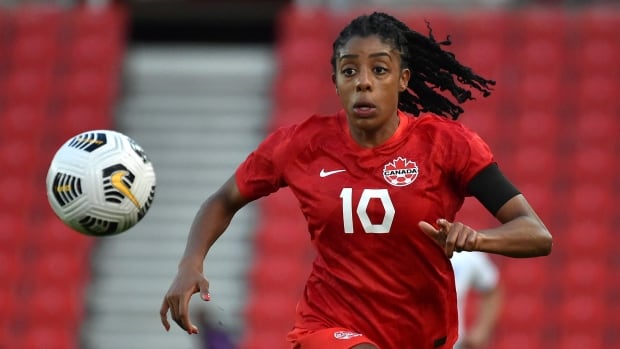 Olympic soccer rosters will be expanded from 18 players to 22 for the Tokyo Olympics, a person with knowledge of the change told The Associated Press on Wednesday.

Teams can include 22 players on squads, but must stay with 18 on team sheets for individual matches, said the person, who spoke on the condition of anonymity because the change had not been formally announced by the International Olympic Committee.

The change was considered because of the challenges teams faced as a result of the pandemic.

Olympic squads are normally limited to 18 players, including four alternates. At any time during the tournament, teams can make a roster change due to injury — unlike in the World Cup, when rosters are frozen after the first match. However, World Cup rosters can include 23 players.

Wednesday was the deadline for countries competing in the Olympic soccer tournament to finalize their rosters.

“We’re getting word from the IOC that we will have a little flexibility on the roster. We’re very happy about it, and as of right now we’re just waiting to see a little more details on what all the rules and regulations are going to look like,” Andonovski said.

Because there had been previous talk about using expanded rosters, Andonovski said the United States was preparing for that possibility.

“Obviously we thought about about it, we were preparing in some ways for it if it happened, so we’re hoping to be ready if the changes are in place,” Andonovski said.