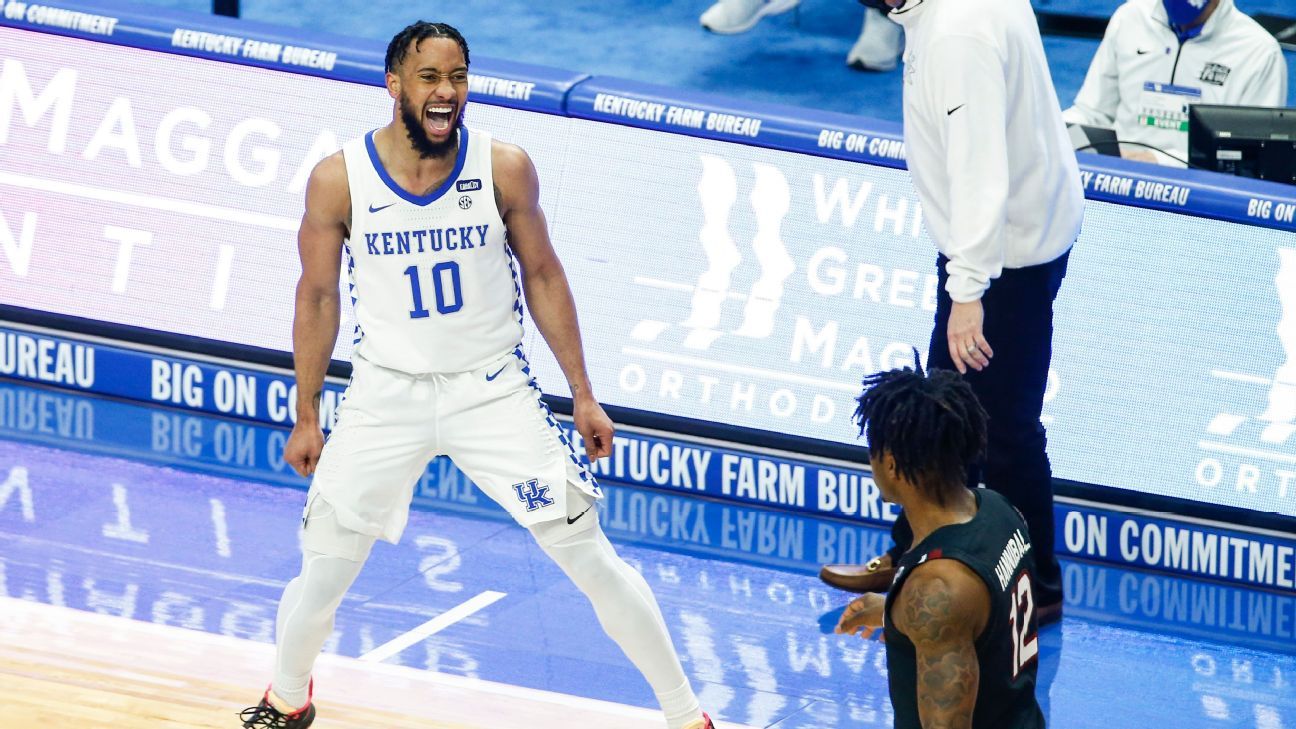 Kentucky is getting its top basketball scorer back from last season, as guard Davion Mintz has decided to withdraw from the NBA draft and return to school.

“I really appreciate the support from my coaches, my teammates and my family while I went through this process,” Mintz said in a statement Thursday. “I wanted to give it a real shot and I feel like I did that. I know that I am ready and closer to my ultimate goal of playing in the NBA.

“Having said that, my heart has guided me back to Kentucky for one more year. I want another season on the national stage to prove that I am ready to play at the highest level.”

This is the first time Kentucky is getting its leading scorer back since Randolph Morris in 2006-07.

“I am so happy for Davion because he was able to explore all of his options and decided to come back to a place that he loves,” coach John Calipari said in a statement. “He is one of the most appreciative players I have coached in my time here.

“… Our team is different than last season and there is more competition, but there is no question that Davion makes us better. He improved so much from the start of last season to the end and I can’t wait to see that continued growth in his second year with us.”

The deadline for players to withdraw from the draft and return to school is Wednesday.