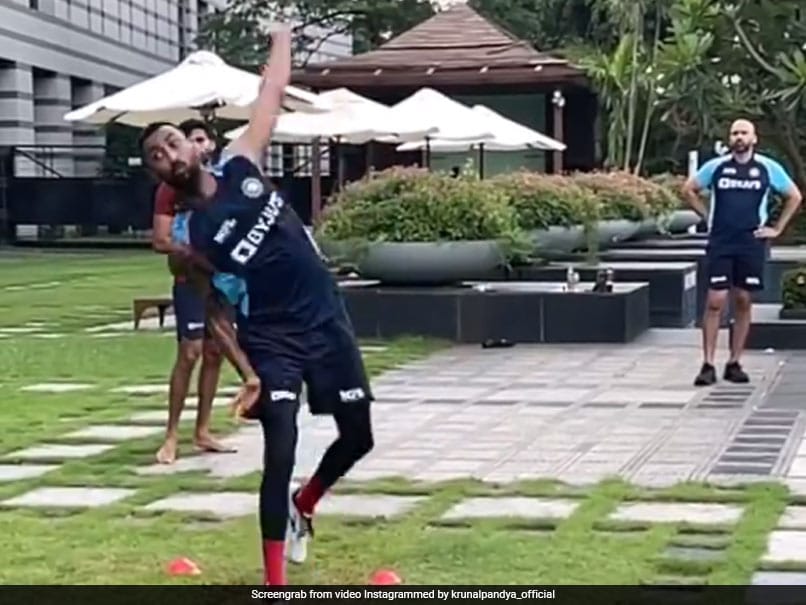 India all-rounder Krunal Pandya on Wednesday proved that it’s a myth that you need a proper training ground and facility to work out. He shared a video of him practising ‘anywhere’ on Instagram. For the last two years, many training facilities and gymnasiums in the country have been shut down due to the COVID-19 pandemic. On Wednesday, Krunal decided to inspire his followers. In the footage shared on Instagram, the cricketer could be seen bowling in front of his building as well as inside his apartment to keep himself fit and motivated.

“You can train anywhere you put your mind to,” Krunal wrote in the caption. He also used the Tamil hit song Enjoy Enjaami by DJ Snake and Dhee in the background.

It seems Krunal’s training video hit the right chord among his followers as they heaped praises on the Indian all-rounder for his dedication.

Another social media user appreciated Krunal for his selection of music. “That song,” he wrote along with three smiling heart eye emojis. 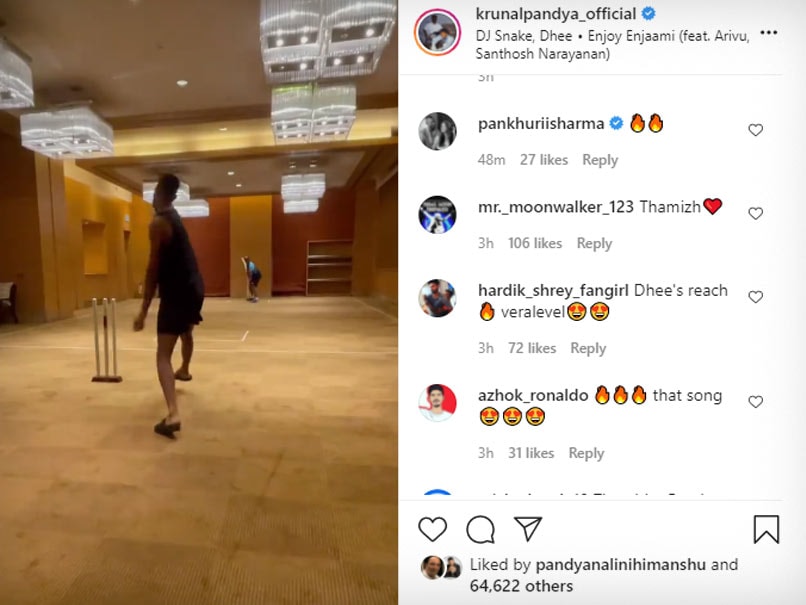 Krunal Pandya’s post was well-received by fans on social media.

Krunal is currently with the Indian squad for their limited-overs tour of Sri Lanka. Team India flew to Colombo earlier on Monday for three-match ODI and T20I series against Sri Lanka. Prior to their departure, the Shikhar Dhawan-led side served two-week herd quarantine in a Mumbai hotel.

During his stay at BCCI’s bio-bubble, Krunal had dedicated a post for his wife Pankhuri Sharma on Instagram.

“True love is finding your soulmate in your best friend. Miss you, Pankhuri Sharma,” Krunal captioned a video.

The short video started with Krunal dancing with Pankhuri and after it was filled with their pictures.

Krunal was last seen in action during the first leg of Indian Premier League (IPL) 2021 for MI before it was suspended. The second leg of IPL will resume in the United Arab Emirates in September and October.