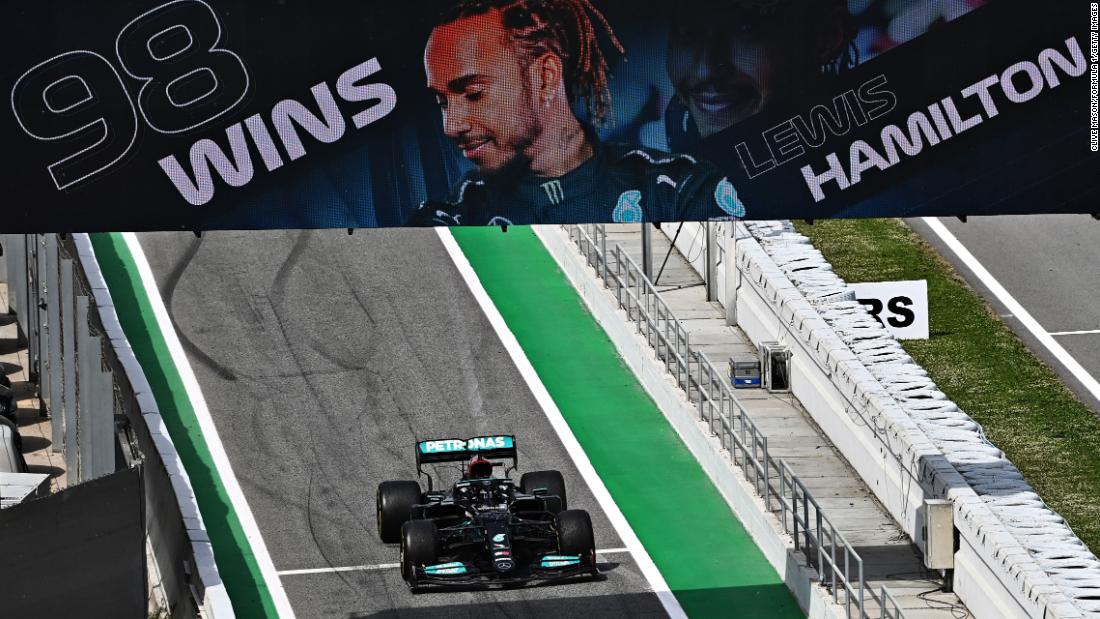 “They [Mercedes] have held themselves accountable and made important strides in creating a more diverse team and inclusive environment,” said the 36-year-old Hamilton in a statement on the team’s website.

“It is hard to believe it’s been nearly nine years working with this incredible team and I’m excited we’re going to continue our partnership for two more years,” added Hamilton, who has has won six of his seven F1 titles with Mercedes.

The only Black driver on the grid, Hamilton has emerged as a powerful voice for diversity and racial equality within the sport.

At the same time as equaling Michael Schumacher’s record of seven F1 world championships last season, Hamilton was a strong voice against police brutality and racial injustice in the aftermath of George Floyd’s death in Minneapolis.

The Mercedes driver wore a Black Lives Matter helmet with a black racing suit, while also taking the knee before each grand prix and encouraging his colleagues to do the same. His car was painted black as a statement of the team’s commitment to diversity.

‘Peak of his powers’

As he seeks a record-breaking eighth championship, Hamilton is second in the drivers’ standings this season, 18 points behind Red Bull driver Max Verstappen.

“His achievements in this sport speak for themselves, and with his experience, speed and race-craft, he is at the peak of his powers, ” said CEO and Team Principal Toto Wolff of Hamilton.

“We are relishing the battle we have on our hands this year — and that’s why we also wanted to agree this contract early, so we have no distractions from the competition on track,” added Wolff.

“I have always said that as long as Lewis still possesses the fire for racing, he can continue as long as he wants.”

Hamilton has recorded 77 race victories and 74 pole positions with Mercedes, while the Briton holds the record for the most race wins — 98 — in F1.