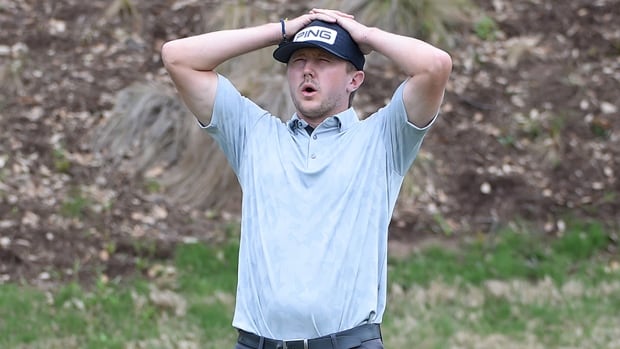 Canadian golfer Mackenzie Hughes was eliminated in the round of 16 at the Dell Technologies Match Play on Saturday with a loss to Spain’s Sergio Garcia in Austin, Texas.

Hughes, from Dundas, Ont., narrowed Garcia’s lead to 2-up after he won the 16th hole with a birdie, but was unable to force an 18th hole when both golfers shot par-3 on 17.

Garcia will face France’s Victor Perez in the quarter-finals.

Hughes, seeded 48th, advanced to the event’s knockout stage after winning his group with a record of 2-0-1. He defeated Webb Simpson and Paul Casey and tied Talor Gooch.

Corey Conners of Listowel, Ont., the other Canadian in the event, failed to advance to the round of 16 after losing all three of his group stage matches.