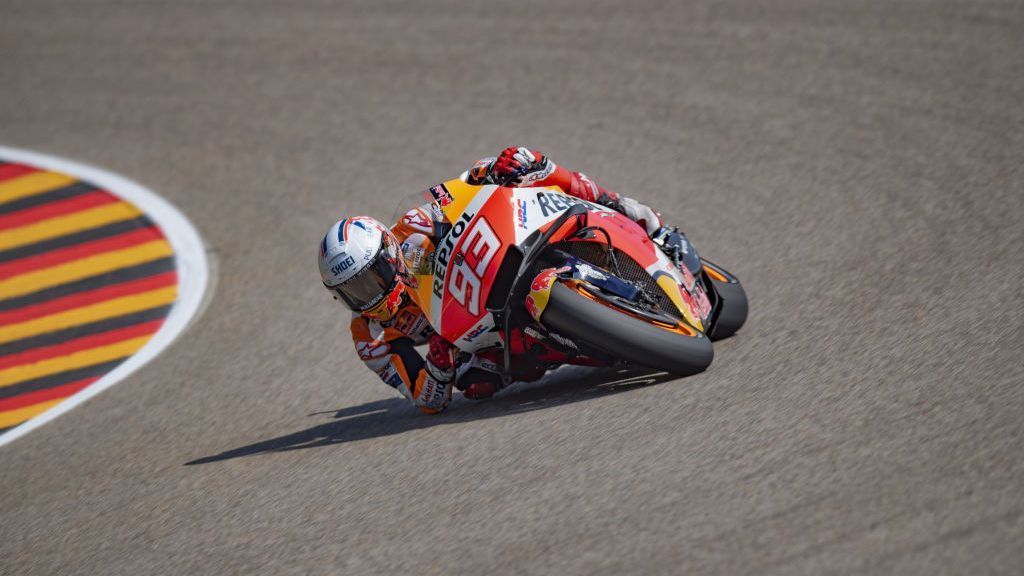 Six-times MotoGP champion Marc Marquez extended his unbeaten record at the German Grand Prix as he won his 11th consecutive race across all classes at the Sachsenring on Sunday.

Starting at a season-best fifth on the grid, Repsol Honda rider Marquez took the lead on the opening lap and never looked back, expertly navigating wet conditions to take the chequered flag.

KTM’s Miguel Oliveira finished second ahead of Yamaha’s Fabio Quartararo, who retained his position at the top of the championship standings.