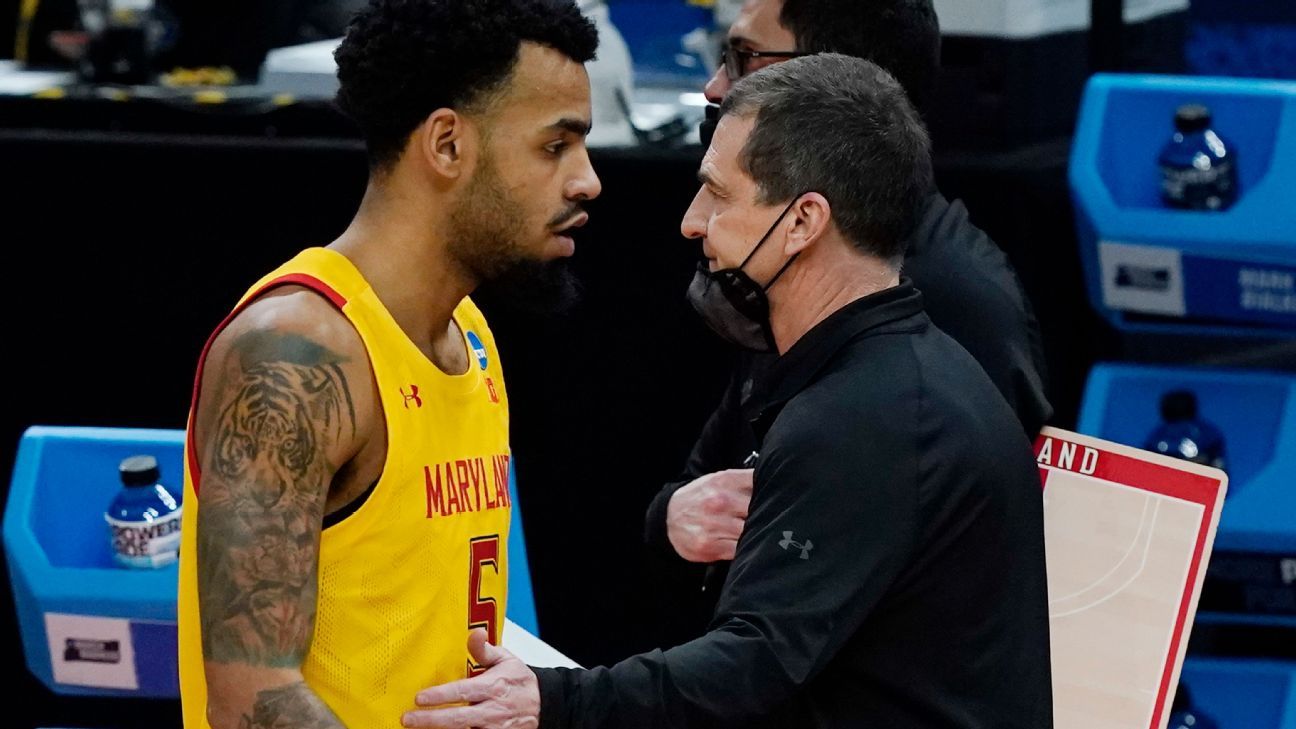 COLLEGE PARK, Md. — Maryland guard Eric Ayala announced Wednesday that he will withdraw his name from the NBA draft and return for his senior season.

Ayala, the Terrapins’ top scorer in 2020-21, said he took his time throughout the process and appreciates the feedback he received.

Ayala averaged 15.1 points a game last season. He has made 81 starts for Maryland.

The Terps also return leading rebounder Donta Scott and have added several transfers, although they did lose defensive standout Darryl Morsell to Marquette.