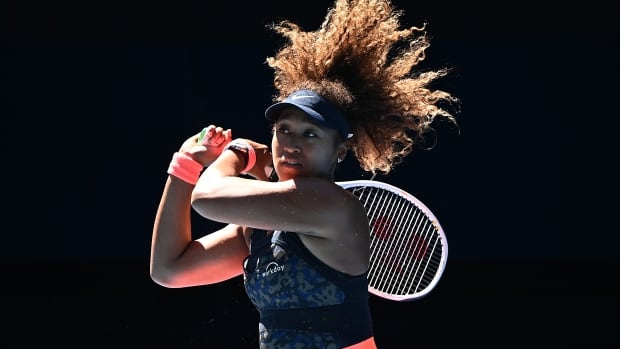 As it was, Naomi Osaka would have been one of the most-watched, most-discussed, most-supported athletes at the Tokyo Olympics.

She’s the highest-earning female athlete in the world, a tennis superstar and represents Japan, making her a strong medal contender for the host country.

Then, of course, came the series of events that began unfolding about two months before the July start of the Summer Games.

Just ahead of the French Open in late May, Osaka — who is ranked No. 2 and owns four Grand Slam titles on hard courts, the surface being used in Tokyo — announced she wouldn’t speak to the press at Roland Garros, saying those interactions create doubts for her.

Then, after her first-round victory, she skipped the mandatory news conference.

Osaka was fined $15,000 US and — surprisingly — publicly reprimanded by those in charge of Grand Slam tournaments, who said she could be suspended if she kept avoiding the media.

The next day, Osaka withdrew from the French Open entirely to take a mental health break, revealing she has dealt with depression.

Hosts of Bring It In Morgan Campbell, Meghan McPeak and Dave Zirin discuss Naomi Osaka pulling out of the French Open and the social media frenzy that ensued after. 14:50

She sat out Wimbledon, too. So the Tokyo Games mark her return to competition — and it’s an occasion that matters to Osaka, who was born in Japan to a Japanese mother and Haitian father. (When she was 3, the family moved to the U.S., where she still lives.)

“The Olympics are a special time, when the world comes together to celebrate sports. I am looking forward most to being with the athletes that had waited and trained for over 10 years, for celebrating a very hard year (2020) and having that happen in Japan makes it that much more special,” Osaka wrote in an email interview when she was selected as the 2020 AP Female Athlete of the Year. “It’s a special and beautiful country filled with culture, history and beauty. I cannot be more excited.”

Japan’s other top tennis player is Kei Nishikori, the 2014 U.S. Open runner-up and a bronze medalist at the 2016 Rio Olympics.

“I’m really looking forward to playing this at home, and I don’t know if there is going to be (a lot of) pressure or not,” Nishikori said, “but I hope I can handle it well.”