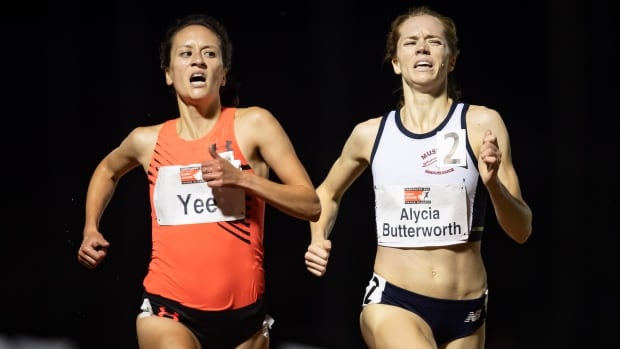 Regan Yee raced to a Canadian record and hit the Tokyo qualifying standard in the women’s 3,000-metre steeplechase in Montreal on Tuesday, the final day of Olympic qualifying.

Tuesday’s La Classique meet at Claude Robillard Sports Complex was a final chance for Canadian track and field athletes to hit automatic standards or earn points toward world ranking, which is a second way of qualifying for Tokyo.

Canadian Record Alert! Regan Yee turned in the performance of the night at La Classique d’athlétisme de Montréal last night, breaking the Canadian record and achieving the Olympic Qualifying Standard in the women’s 3,000-metre steeplechase with a time of 9:27.54. <a href=”https://t.co/BIGSBAqwdZ”>pic.twitter.com/BIGSBAqwdZ</a>

Athletics Canada is expected to name its team on Saturday.

Charles Philibert-Thiboutot, a 2016 Olympian from Quebec City who’s been flirting with the qualifying standard in the 1,500 all season, missed the Tokyo mark of 3:35, running 3:37.11. Meet organizers had pushed back races a couple of hours Tuesday night for optimal weather conditions after the Olympic trials last weekend were plagued by rain and gusting winds.

Three athletes hit the qualifying marks at the trials: Lindsey Butterworth in the women’s 800, John Gay in the men’s 3,000 steeplechase, and Django Lovett in the men’s high jump.