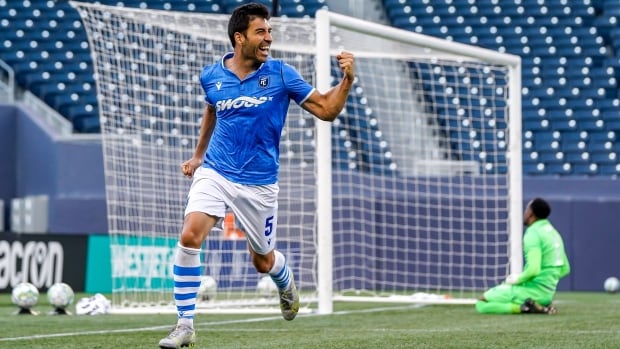 Jeannot Esua added a second late goal in the 94th minute to help FC Edmonton (1-1-0) secure its first victory of the season.

Forge FC (0-2-0) controlled 58.8 per cent of possession but only managed two shots on net and is one of two squads yet to score a goal this season along with HFX Wanderers FC, which has also dropped its first two matches in Winnipeg.

All eight CPL teams are playing at IG Field for the first part of the season — a 29-day single-city stretch being dubbed “The Kickoff.”