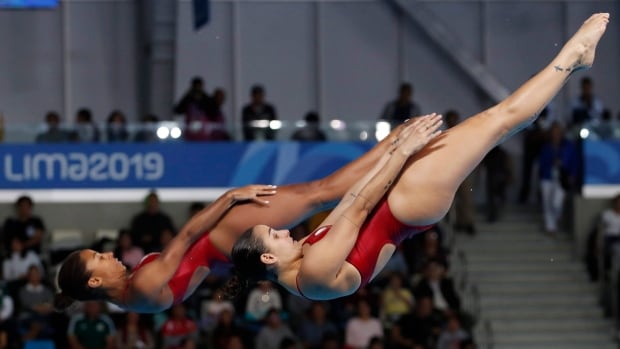 Ware, from Greenfield Park, Que., took gold in the final of the three-metre event at the trials with a score of 716.10 points. Abel, from Laval, Que., finished second at 700.65 to claim the other available Olympic spot.

Melissa Citrini-Beaulieu of Saint-Constant, Que., finished third with a score of 589.50.

Abel, who had previously qualified for the Games with Citrini-Beaulieu in the three-metre synchro event, is heading to her fourth Olympics. Abel and Emilie Heymans teamed up to win bronze in the 3m synchro at the 2012 London Games.

Ware made her Olympic debut at the 2016 Olympics in Rio de Janeiro, where she and Abel just missed the 3m synchro platform, finishing fourth.

Fofana won the men’s 3m with a final score of 842.40, claiming the sole Olympic qualification spot.

The 17-year-old from Montreal will make his Olympic debut in Tokyo.

The Olympic Diving Trials wrap up on Thursday with the women’s and men’s 10m finals which can be seen on CBCSports.ca.