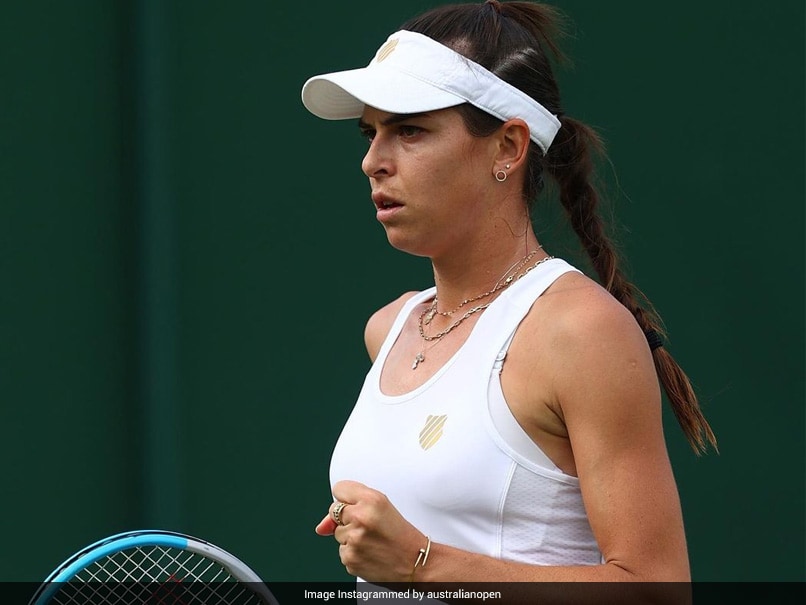 Australia’s Ajla Tomljanovic accused Wimbledon opponent Jelena Ostapenko of “lying” on Saturday on her way to making the fourth round for the first time. Tomljanovic was furious that 2017 French Open champion Ostapenko called the trainer at 0-4 in the final set, claiming she was suffering from an abdominal injury. “You know she’s lying, right? We all know,” the 28-year-old Australian told the chair umpire. The medical timeout resulted in a 10-minute delay before the match resumed and Tomljanovic clinched a 4-6, 6-4, 6-2 win.

“Are you taking into any consideration that she looked fine?”

The pair then had an angry exchange at the net at the end of the third round clash.

“She can say she was injured. I don’t think she was,” said Tomljanovic.

“There was nothing wrong with her the whole match, but then why on 4-0 she calls it? So I think that that’s a clear reason that she just wanted to get me off my game.

“Then to top it all off, for her to call me disrespectful at the end of the match is laughable.

“I think it’s disgraceful behaviour from someone that is a Slam champion, because kids look at her and they see that? I’m sorry, if she was injured, she could have gone about it in a way better way.”

In the 2019 WTA final at Hua Hin in Thailand, she was 5-2 up in the decider when Ukraine opponent Dayana Yastremska called a medical time out for a leg injury.

The delay caused the Australian to lose momentum and, eventually, the match.

Tomljanovic said she was getting increasingly frustrated with medical timeouts being used as a ploy.

“The fact that she did it at 4-0 today when I was about to serve, that’s disrespectful.

“I’m just honestly tired of it. I’m tired of it happening and seeing it happen. We can do better than that.”

Ostapenko, the world number 34 and a Wimbledon semi-finalist in 2018, insisted her injury was genuine and that the pain had become increasingly worse as the match wore on.

“I think it was very disrespectful what she did. I mean, how can you say “liar” or something if you know zero about my injury,” said the Latvian.

“You cannot say that. In front of everybody, call me liar? I don’t think it’s respectful from her side.

“So that’s what I said, you are a very bad player because of this behaviour. That’s it. You are winning, but it does not mean you can do everything you want.”

Tomljanovic, the world number 75, will face British wildcard Emma Raducanu on Monday for a place in the quarter-finals.

However, Ostapenko, who was the champion in Eastbourne on the eve of Wimbledon, insisted that had she been fully fit, she would have comfortably made the last 16.

“I think my level today was not good after the first set, because if I played at least 50% I would have beaten her,” she said.