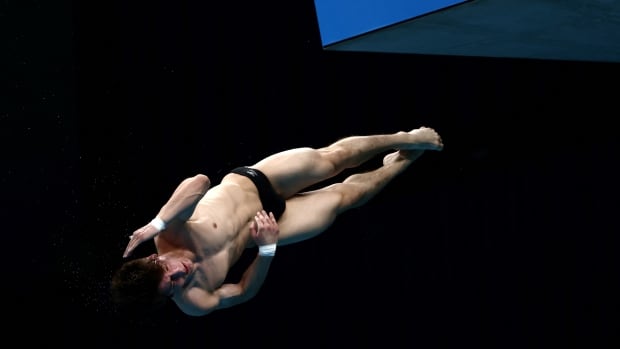 Nathan Zsombor-Murray and Rylan Wiens earned their place on the Canadian Olympic Team in the open platform event on Thursday at the 2021 Canadian Diving Trials.

On the women’s side, Celina Toth won a spot for the Tokyo Games following her performance in the open platform competition at the Toronto Pan Am Sports Centre.

The 2021 Canadian Diving Trials allowed Canadian divers to claim their Olympic spots ahead of the Tokyo Games.

There were two Olympic spots up for grabs in the men’s open platform event this week in Toronto.

Nathan Zsomber-Murray of Pointe-Claire, Que., kicked off the 10M finals at the Canadian Diving Trials with two perfect dives on his way to clinching a spot on the Olympic team. 5:30

Montreal’s Zsombor-Murray, 18, is heading to his first Games after putting together a cumulative Olympic qualifying score of 1028.40.

Saskatoon’s Wiens, 19, is also headed to his first Olympics after putting together a qualifying score of 983.05.

Toth, a 29-year-old from St. Thomas, Ont., secured the lone quota spot in the women’s open platform competition with a combined Olympic qualifying score of 659.55.